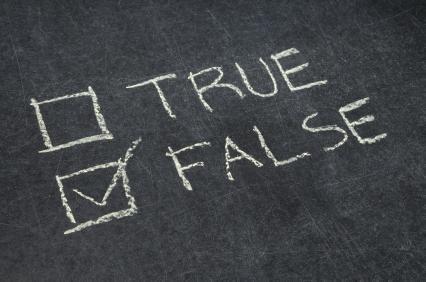 In the case, MTCIA vs. the State of Montana, Judge Reynolds could choose to let some provisions of the law go into effect but not others. MTCIA attorney, Jim Goetz, has told the judge that we prefer an injunction against the entire law. The reason is that even though some minor provisions in the law may be constitutional, it’s not worth breaking out the magnifying glass and tweezers to find them when everything substantial in the new law doesn’t pass constitutional muster.

The state, on the other hand, has ceded a few provisions. But this isn’t about horse-trading. This is about what’s constitutional and what’s not. What does our right to privacy and dignity mean? Does what’s real and true matter, or are we supposed to negotiate away reality with ignoramuses and bigots?

Technically, it’s not pot that’s on trial. The new law is what’s on trial and the question is whether or not what it does impinges on Montanans’ constitutional rights. Forcing people to go through unnecessary contortions in order to exercise their rights is not constitutional. During the court proceedings, over and over the state kept bringing up the problem of marijuana’s status at the federal level as a Schedule 1 drug. Schedule 1 drugs are more dangerous and addictive than Schedule 2 drugs like meth and oxycotin. This is how the feds see it, in which case the less dangerous meth would be the gateway drug to the more deadly marijuana. See, they schedule marijuana as more dangerous than meth, but then also try to pass off marijuana as a gateway drug. Can’t have it both ways.

As a Schedule 1 drug, marijuana, also by definition, has no medical applications. Yes, there’s research and experience that says something else. It says that the cannabinoids in marijuana can be utilized by the human cannabinoid system with success for the purpose of relieving suffering and offering healing. Yet, the false categorization is allowed to trump reality.

So, a lie was told back in the thirties and the forties, and more lies under Nixon in 1970. The state’s argument seems to be that because someone told a lie a long time ago, we have to live as if the lie is true.

But we don’t have to keep living a lie someone else told. It’s not even our lie to upkeep, as a culture or generation. We can make different choices. We have to start getting rid of some of the lies in order to get the collective wagon out of the mud. Every generation has to get rid of a few, whether the lie is that illness is caused by evil spirits or that black people are inferior to white people. We move forward in time and say no to the stupid lies of the past that served some people at the expense of others. You want to be an American? – that’s the name of the game. You don’t like it, go find a totalitarian regime where you’d be more comfortable.

But there are people out there still who can leverage the cannabis lie for money and power. They know it’s a lie, too. But they haven’t decided yet how the truth’s going to affect their bottomline, whether in terms of money or power. Pot is a pawn in bigger battles.

Money, medicine, work, and wages – that’s a lot to strip from people

especially when none of them owes anything to somebody else’s lies.