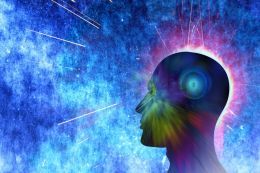 In 1962, Thomas S. Kuhn published The Structure of Scientific Revolutions.  In it, he introduced the concept of “paradigm” as we use it today but in reference to the context in which science evolves.

In it he says that when a paradigm within a scientific discipline comes to be accepted, for the next years, decades, or centuries, scientists run experiments, predicting what should happen based on the paradigm’s rules. When something doesn’t work, the scientist looks to refine his experiment, perhaps even over and over because it should work.  Questioning the paradigm itself would occur only after a considerable period where an anomaly fails to be reconciled to the paradigm and instead proves to be the paradigm’s undoing. This would mark an era of discovery and discipline-shaking change.

Take the example of Copernicus. He took the then philosophical speculation about a heliocentric universe and turned it into predictive astronomy. In other words, he created evidence. The universe did not revolve around us; we revolved around the sun. Nobody clinked the champagne glasses.

In the next century when Galileo took up Copernicus’ cause, the news was even less welcome. The science upset the venerated Aristotlean model, challenged mathematical computations, and shook up religious institutions. If you’ve got a sweet seat in one paradigm, you’re not that interested in expansions of knowledge that might usher in a new one without assurances that your position in it will still be a comfortable one.